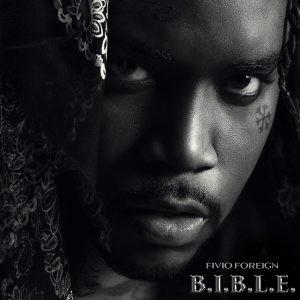 Fivio Foregin’s highly anticipated B.I.B.L.E, executive produced by Kanye West, has finally arrived. All year long, the Brooklyn rapper has been making an effort to officially prove to New York City that this style of music, drill music, is the new standard of New York music, and it’s here to stay. If anyone needed proof, it’s in B.I.B.L.E.

Not to negate what the pioneers of New York rappers accomplished in the past, but Fivio is setting a new standard. He’s still delivering that traditional raw and gritty substance of New York; he just changed the sound. Still rapping about the same struggles, he’s just putting the lyrics in a lit way.

He already has the new New York theme song, “City of God,” featuring Kanye West and Alicia Key. He followed up with “Magic City,” featuring Quavo and his album, and he dropped the “For Nothin” visual. Check out the video and album below and tell us how you feel about B.I.B.L.E.